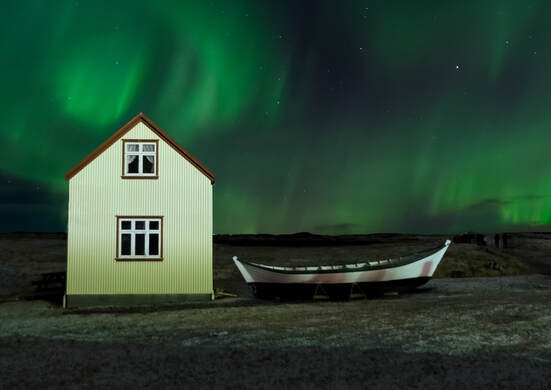 Ten Best Places In The World To See the Northern Lights

​Do you want to check the aurora borealis off your bucket list? Here are the best places to see this wondrous phenomenon.

​Fairbanks, Alaska
Fairbanks is one of the best places in the world to view the northern lights because it is located in the geomagnetic north pole, where aurora activity is intense. Visitors can expect to see the lights on an average of four out of five clear nights during aurora season, which lasts from August to April.

Reykjavik, Iceland
Travel to Öskjuhlið, a heavily wooded area in Reykjavik, for the best viewing because it is away from light pollution. You can also visit Perlan, the location of the only planetarium in the country and a museum showcasing Iceland's geography and nature. The best time to go is September to April.

The Upper Peninsula, Michigan
The Upper Peninsula of Michigan is one of the top northern lights viewing areas in the U.S. During the summer, the Milky Way is visible across the sky and meteor showers frequently occur in the evenings.

Kangerlussuaq, Greenland
Nearly 300 days a year, Kangerlussuaq’s clear skies make it an ideal spot to view the northern lights. This little town is located on a fjord along the Arctic Circle. The best time to go is September to April.

Yellowknife, Canada
Yellowknife is referred to as the aurora capital of North America. It is located in the middle of the Auroral Oval, giving it a prime location to witness some of the world's most awe-inspiring light shows from January through March.

Tromsø, Norway
Tromsø is located above the Arctic Circle, making it an ideal place to see the northern lights. The northern part of Norway is dark from early afternoon to late morning between September and March, creating a long timeframe to view the lights.

Voyageurs National Park, Minnesota
Voyageurs National Park is a 218,055-acre maze of lakes and forests. It is located on the border of Minnesota and Ontario, and recently became certified as an International Dark Sky Park. The northern lights are visible year-round, but the best time to visit is in the winter.

Lapland, Finland
Lapland is located in the Arctic region of Northern Europe, making the northern lights visible around 200 nights during the year. The best time to go is between September and March.

Jukkasjärvi, Sweden
The best location to see the northern lights in Sweden is in Swedish Lapland, the northern part of the country. Visitors can glimpse the aurora from September to March. The small village of Jukkasjärvi is located above the Arctic Circle, making it an ideal place to see the lights.

Orkney, Scotland
This group of islands, located on Scotland's remote northern coast, is one of the top places to see the northern lights in all of Scotland. During fall and winter, you will find the clearest skies, making it the ideal time to visit.